I was on twitter a few weeks ago asking my fellow Twittorians if anyone could recommend something that would transform my dull, blemished skin into a more radiant, glowing canvas, and of course twitter always delivers due to the absolutely amazing bloggers, youtubers, beauty babes etc. that are out there and willing to share their tips and secrets.

I hear you all asking ‘so what was the verdict?’ well … after a few suggestions the Pixi Glow Tonic led the race by a mile, quite a few people advised me to use it and that it works miracles especially on acne prone skin which is actually something i’ve been lucky enough not to have to deal with but just like everyone else I do get break outs so if it helps tackle those spots, i’m there!

So bless my wonderful mam after taking me shopping for my birthday gifts she kindly bought me the Glow Tonic, even though she had no clue what it was or what it did, even after I explained how I was gonna use it … so cute. Ooo I thought I would mention that we actually got mine at Marks & Spencers of all places, who knew they had an amazing selection of skin care brands? Not to sound narrow minded or anything but I kinda thought M&S was just food and clothes for the older generations but hey i’ll be the first to put my hands up and say that I was wrong.

As soon as it was time for my night time skin regime I whipped that bad boy out and put it to work, one thing I actually didn’t know about the tonic was that it gets rid of all the dead skin cells on your face which I was so excited to read because that just sounds amazing doesn’t it, like all that crap on your face is just destroyed, yes please. After using the Glow Tonic for a few weeks now (I like to test this kinda stuff out for a while before giving you guys my thoughts) let me just tell you it’s amazing, remember when I said it’s suppose to work miracles, well it does just that. My skin has actually never felt so soft without having to apply a moisturiser at the end of my routine but here I am, no moisturiser in sight but with skin that feels like a cloud … okay slight exaggeration but you feel me right?

I find it so weird if i’m honest, I apply the tonic to a cotton pad and go over my face in circular motions but at the end the pad isn’t actually dirty or full of crap like you would think if your dead skin is coming off but just by touching my face I can tell the difference and that it’s working, so strange. It also smells really nice too, it has like a fresh, floral scent which isn’t overpowering which is great for me ‘cos i’m not really a big fan of those type of fragrances but I quite like it so thumbs up from me.

Now i’m gonna be honest it’s not the cheapest product, I mean some of you may think it’s not expensive if you’re used to splurging on skin care but £18 is a little bit extra than what I would usually pay and I know I didn’t actually buy it but let me tell you once this bottle has finished I 100% will be getting it again, from my own money. 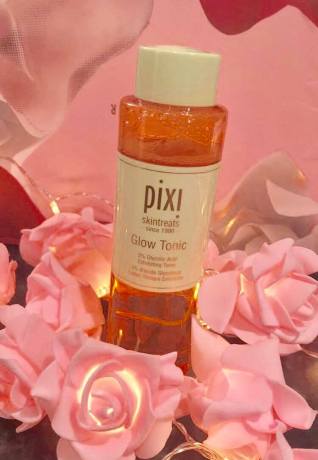 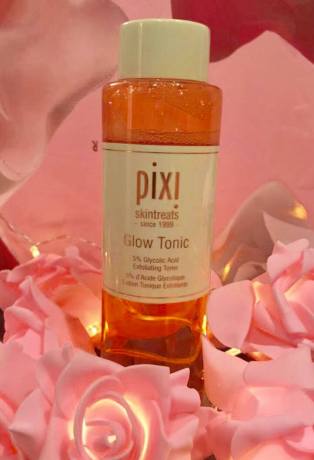